Next time you see a server or person who may seem out of place, think of Leigh and thousands more like her who are on a journey to rediscover their lives.

Her family and friends have established a Go Fund Me account to establish a permanent endowment for a scholarship honoring Leigh Sundem.   Please share and give if you can.

A special thanks to Leigh’s friends: Emily Eisenhart, Alaine Mills, Briley Blazo, Rachel Brisson, and Stevie Boynton who wrote this beautiful tribute to her life and for allowing me to share it here with you.

From Go Fund Me:

Leigh Sundem, MD, was one of the most gifted, driven, inspiring, and authentic individuals to ever graduate from Georgia Southern University. Her story is one of incredible resilience, dedication, and compassion. It was Leigh’s wish that her family and friends find a way to honor her death, and be truthful about her life–a life defined by overcoming addiction, and breaking away the stigmas associated with it by becoming a physician. By establishing this fund in her memory, our goal is to continue her unwavering efforts to change the perception of persons in recovery by sharing her story, just as she did throughout her own 13 years of recovery.

Our intention is for the memorial funds to go to individuals in recovery from addiction who attend Georgia Southern University and who are pursuing degrees in any health-related discipline or STEM field. They have set up a GoFundMe page which will serve as a temporary fundraising space in hopes that we can raise a high enough sum for a permanent endowment at Georgia Southern University in Leigh’s name.

Please consider giving any amount you are able–as little or as great as that might be. If her story is shared far and wide just a small donation will go a long way to helping the next student carry out her legacy of breaking down barriers often tied to those in addiction recovery.

Donations will be mailed to the GSU Foundation through PayPal, Inc, earmarked in memory of Leigh to benefit students.  Our minimum goal is $30,000, but we could make a much bigger difference in the lives of students with a $50,000 endowment. 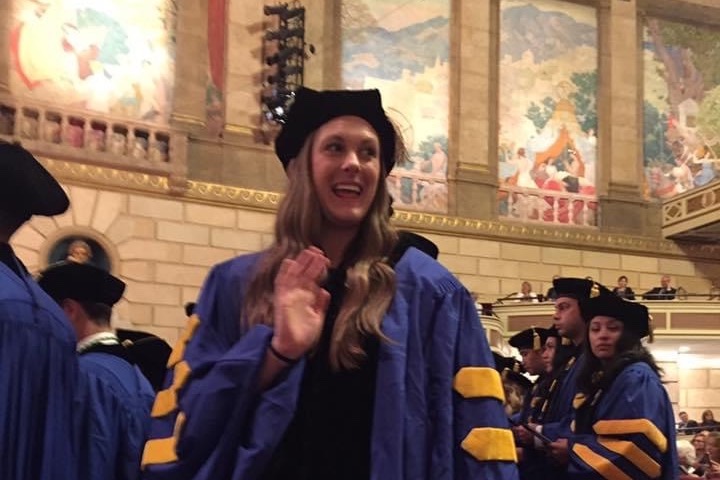 On April 14th, 2020, our dear friend Leigh Sundem took her own life when she succumbed to the pain of falling short of her dreams which she worked tirelessly for, and deserved on her merits alone. Everyone who knew this ambitious woman who overcame countless obstacles has been left with overwhelming grief and confusion.

Leigh’s struggle with alcoholism and drug addiction began in middle school when she started drinking to escape her feelings of depression and anxiety. It progressed quickly, and in a few short years she experienced swift consequences for her regular drug use when she spent her 16th birthday in a juvenile detention facility. Over the next few years, Leigh was in and out of jail while continuing to battle her addiction. This portion of her story is best told in her own words, which can be heard here when she fearlessly advocated for others in recovery in front of Congress ten years ago. https://www.c-span.org/person/?leighsundem

In 2007 while on parole, she rear-ended a Georgia State Patrol officer at a red light. She was given a choice to complete her 7-year prison sentence, or to enter a long-term treatment facility. This moment became the catalyst for her journey to recovery. She chose to go to Statesboro, Georgia where she spent over two years in an intensive addiction treatment program. While working at minimum-wage food service jobs to help pay for treatment, she began to realize her incredible potential and she began to dream. She dreamt of ways that she could give back to people in need. Early in recovery, she decided to pursue a medical degree and help as many people as possible along the way. With her goal in mind, she became dedicated to overcoming and rectifying her mistakes as a teen and young adult.

She realized that to be successful she would need to build a support system and a network of accountability. With these as a foundation, she hoped to demonstrate that investing in a person who has recovered from a substance-use disorder is not a liability, but an asset. During that time, she became an outspoken advocate and ally for those fighting addiction. 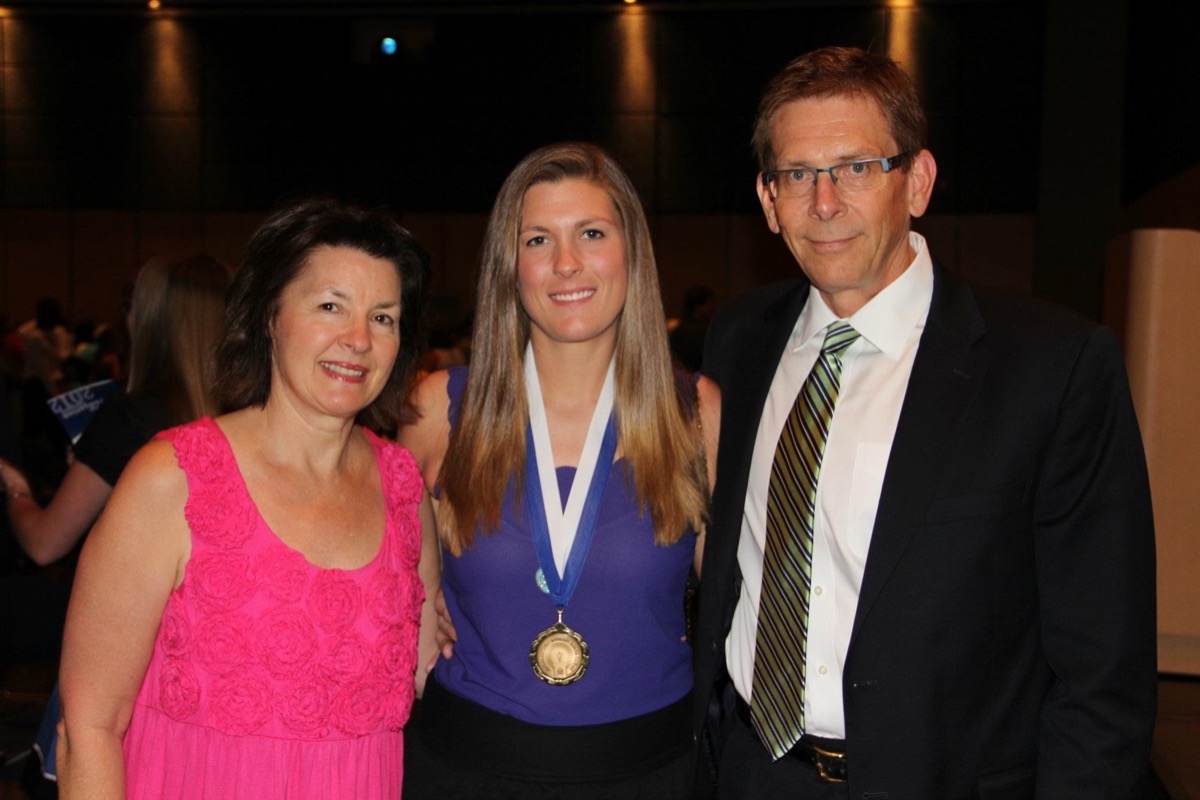 From 2008-2012, she became a member of the founding class of students in Georgia Southern’s Center for Addiction Recovery (CAR). At that time, there were only a handful of programs like it in the country. One of the Center’s primary missions is to help students like Leigh have an opportunity to obtain a college degree with resources to assure relapse-prevention and academic success. College life has been described by many scholars as an abstinence-hostile environment, and the CAR program was exactly the support program she needed to overcome the unique challenges that she would face. 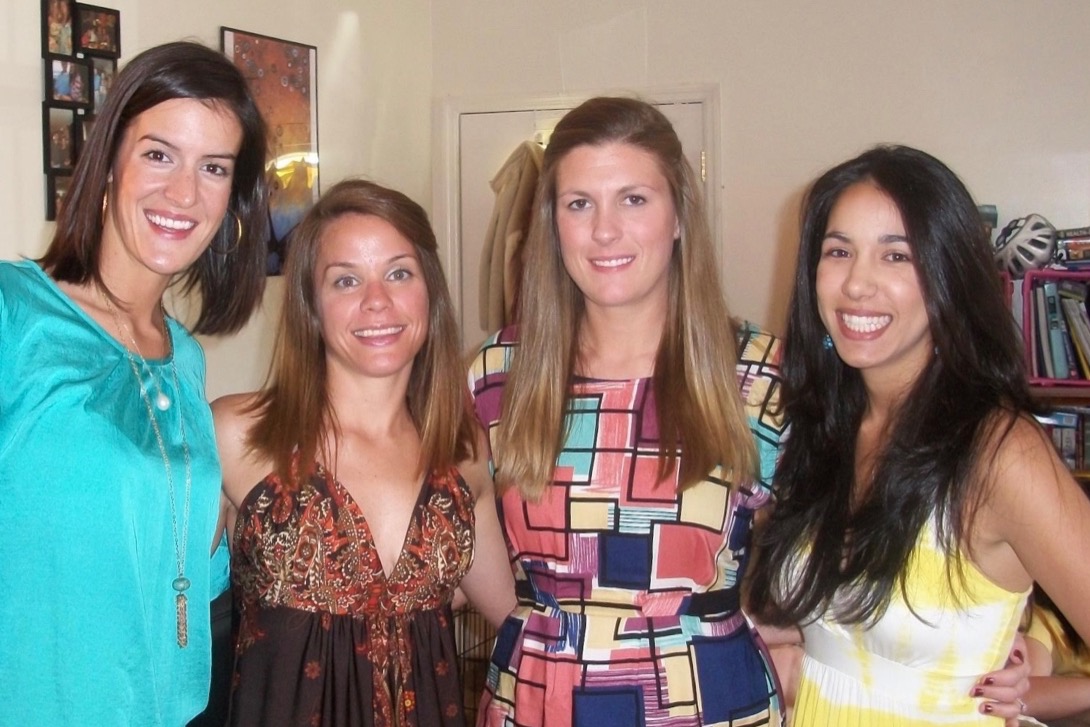 With this newfound motivation and determination, and with the support of her recovery networks, she became one of the most well-known graduates from the Department of Chemistry and Biochemistry. Leigh graduated in 2012 summa cum laude from the University Honors program at Georgia Southern University. She scored in the 99th percentile on her Medical College Admissions Test (MCAT), one of the highest scores ever reached at the University. She immediately entered The University of Rochester School of Medicine to pursue a medical degree with the eventual goal of becoming an orthopedic surgeon. By the time she graduated from her program, Leigh also became recognized as an outstanding researcher. She was awarded multiple research awards and fellowships during her tenure at the University of Rochester (for brief overview, click here: https://www.linkedin.com/in/leighsundem). 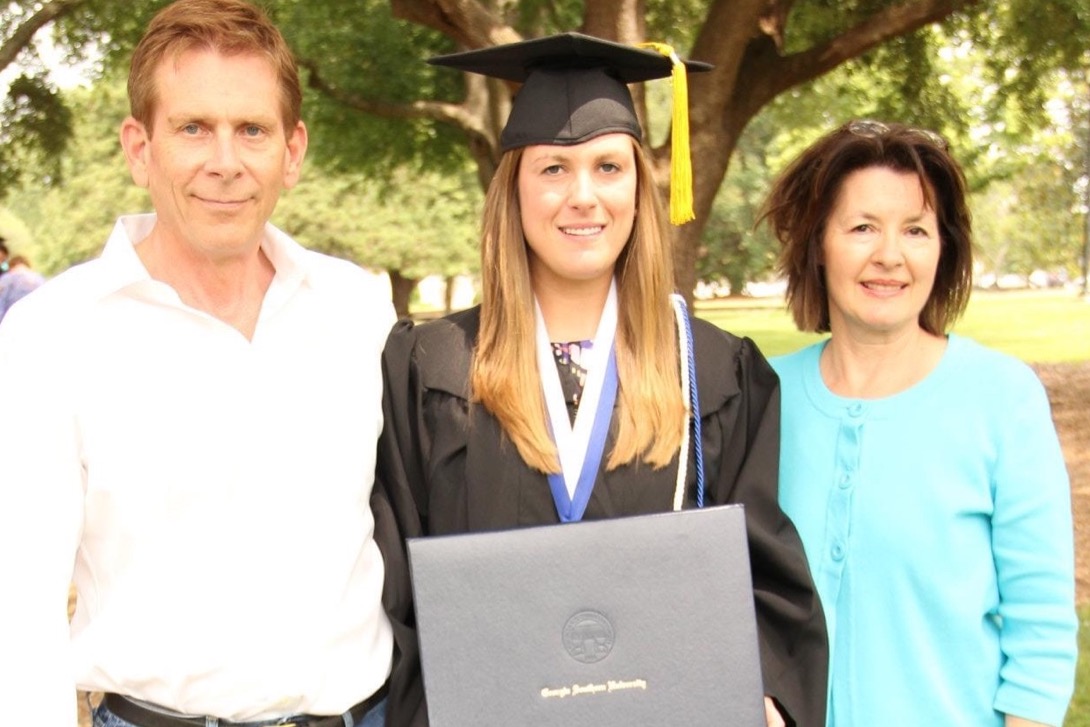 When it came time to match with a residency, Leigh had done everything possible to reach her dream. She had always been open and honest about her journey to recovery, she exemplified how her past was an asset and not a liability, and she participated in a voluntary monitoring program for 12 years to prove that she was serious about her recovery. However, many programs were unwilling to admit anyone with a criminal record involving drugs and alcohol. Leigh was devastated when she failed to match into any orthopedic surgery programs. Never complacent, she quickly found a surgical preliminary position at Rutgers University and began working towards securing a residency in Emergency Medicine the next year. 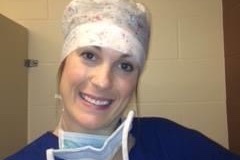 When the second year of matching came, Leigh again felt confident that she would match with a program. Her time at Rutgers had resulted in further accomplishments and accolades. She now garnered new skills, exceptional recommendations, and a growing network of peers and professionals willing to advocate for her. During this time she was also asked to write about her years of volunteering and her persistent work with those struggling with substance-use disorders. While she seemed like an obvious asset for most programs combating the opioid epidemic, she did not match into any Emergency Medicine programs.

Over the next year, Leigh tried to remain optimistic, but began expressing regret at having missed out on so many milestones her friends were experiencing (careers, marriages, babies). She found herself feeling increasingly isolated as she struggled to maintain her closest relationships due to her demanding schedule. And yet she still supported her friends as much as she could. When she showed up, she brought joy and encouragement. She also continued to share her story of recovery whenever speaking engagements allowed. As she tried to balance her career, family and friends, and being a resource for others in need, she was also planning out her next move. 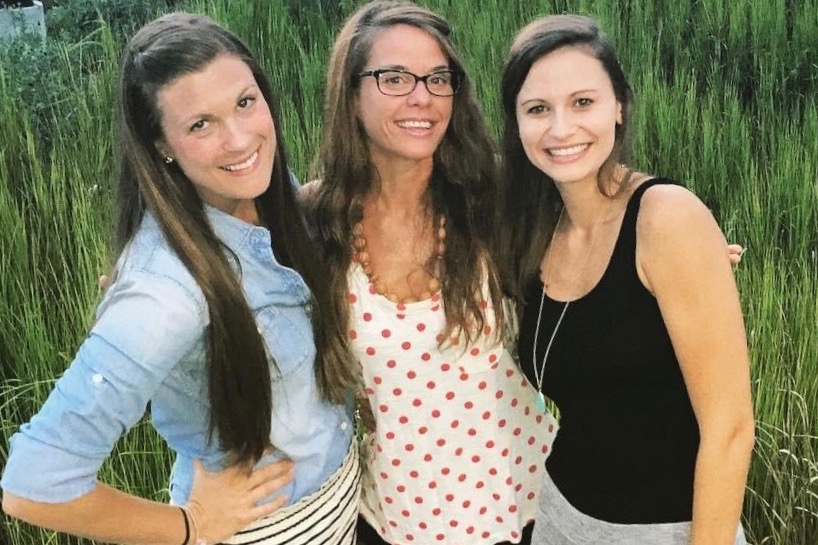 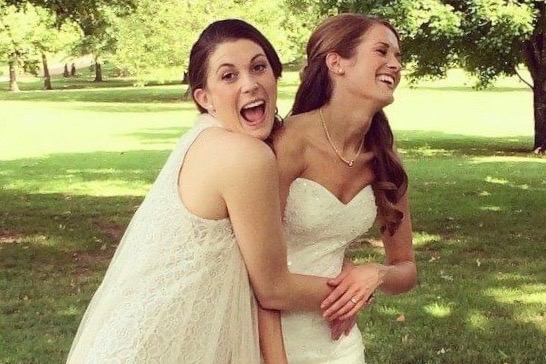 In March of 2020, after again failing to match for the third year into a residency program, she was completely devastated. In Leigh’s eyes, she would never secure a job in medicine at the level she aspired. After dedicating her life to recovery from addiction and to the field of medicine, this last rejection left her hopeless.

Leigh’s presence was larger than life and has left an emptiness in the hearts of those she left behind.  She was a woman who never shied away from the truth of who she was and stood tall as the woman she had become–not the girl who made mistakes as a child. Most incredible of all was that she never turned down an opportunity to help anyone who needed hope that there was life after addiction.

Leigh was an amazing daughter, sister, friend, and colleague. We will forever remember her bold friendship, the late night conversations, the car ride sing-a-longs, the lectures, the brash honesty, our study buddy, and her incredibly resilient spirit. She was the best of us, and we hope that you have been moved by her story and will consider donating to support the dreams of the young people who will come after her to stand on the shoulders of our beloved trailblazer.

In conversations, Leigh often ended with “Love you, mean it”.

So, from Leigh’s Team,

We Love You, Mean it!

An excerpt of Leigh’s story, which she and others shared in jails and prisons all over the country:

“If you work hard and stay focused on what you’re passionate about there is a life waiting for you outside these walls that will be bigger and better than you ever could have imagined on your own. Never give up hope. When you’re finally released, apply the same work ethic, the same focus, and the same passion into everything you do” 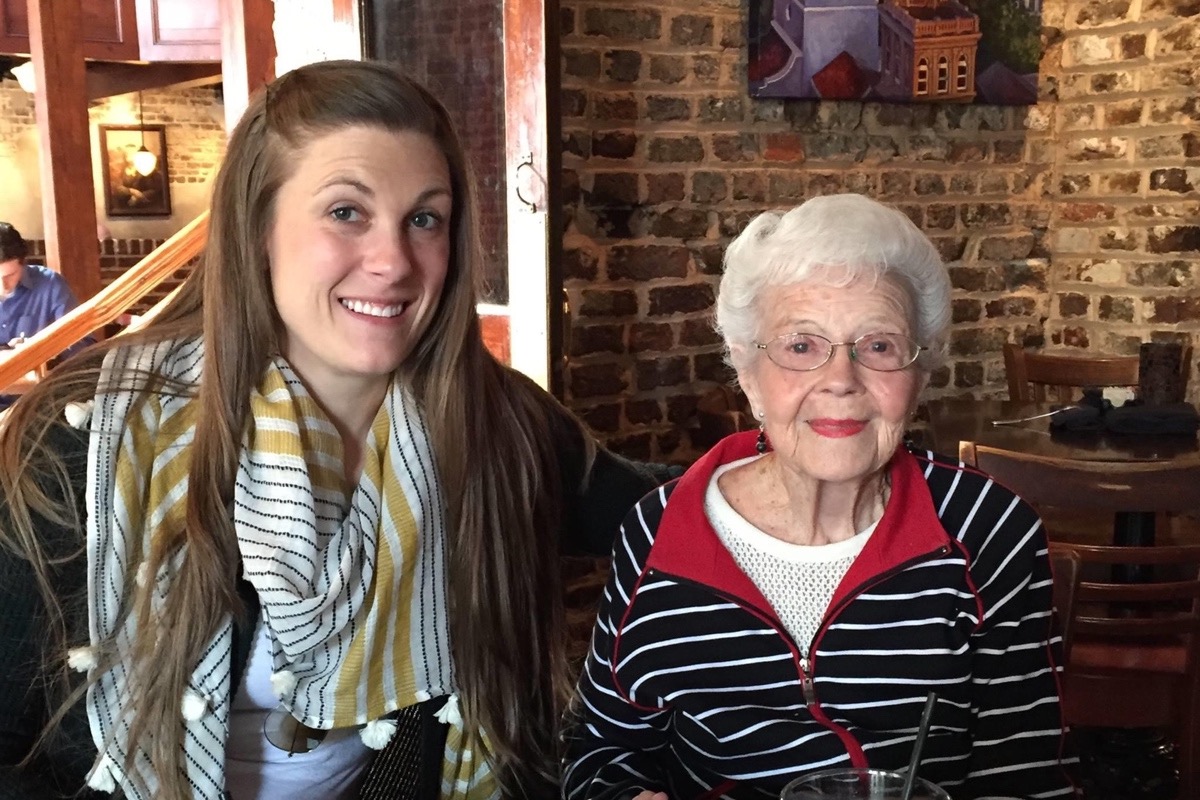 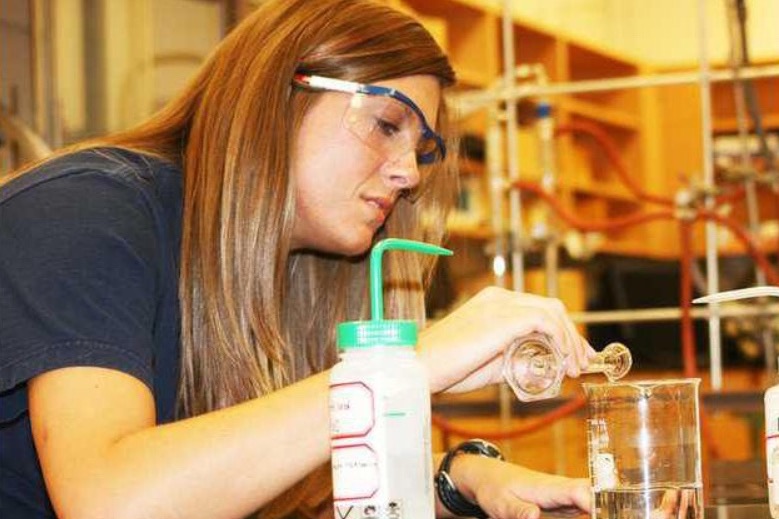