According to Ted Wynn, Public Safety Director for Bulloch County, “This morning on a conference call with Georgia Department of Public Health (DPH) local leaders were advised of a potential positive exposure here in Bulloch County of COVID-19.  DPH did not give any detail, or additional information, on the call.”

Later in the day, Southern Family Medicine, a Statesboro doctor’s office confirmed on social media that a patient had tested positive for COVID-19 on March 24th in their office.

The doctors office notified DPH  and verified that DPH is conducting social contact tracing to help minimize our communities exposure.

This doctor’s office followed CDC guidelines which included wearing N95 mask and gloves.  The patient was seen on their isolation hallway, using a separate entrance, which they set up for these scenarios.  Their cleaning and sanitation practices after this, and each suspected or tested patients’s visit, met appropriate standards and guidelines set forth by DPH.  This is considered by CDC algorithm a low-risk exposure for their staff and they do not feel that any members of their staff has been exposed.

DPH Continues to Report NO Confirmed Cases in Bulloch

Based on the 12 noon report from DPH there were no confirmed cases.  However the report shows the second largest number of cases outside of Fulton is unknown.  The report lists 160 people who have tested positive listed as “unknown”.   According to Rebecca Reis, Risk Communicator for DPH, “When it is “unknown”, the provider or laboratory could have left off the county OR it is still being processed by Public Health and will update at a later time.”

What we have learned today is that DPH is not counting where the test was “taken”, but where the individual “lives” who is tested positive for purposes of this report.

This report also states that only 6,179 out of Georgia’s 10.62 million population has been tested.  DPH will not give a breakdown of how many tests are being conducted by each county.

Stories pour in of refused, delayed or inconclusive tests

We continue to see stories on social media about citizens in Bulloch County who are very sick and feel they are positive but have not been tested because they do not fit the current DPH testing protocols.  Many of you have reached out to Grice Connect to share your stories anonymously.  Most of the patient’s accounts include being very sick, but being refused a test because of not meeting guidelines for testing.  Doctors have reached out about the difficulty in getting test kits for their offices and the lengths they have to go to actually administer a test.  Then it often takes five to seven days to get results.  Many times those results are “inconclusive” and DPH requires retesting.

Every medical professional I have spoken with tells me they feel they have seen patients that are positive, but without testing they can’t be certain.  They are all becoming very frustrated by the slow and drawn out testing.

Local Bulloch County Story of Trying to Get Tested

One individual whom I know personally and have spoken with by text, who is very sick, visited a local urgent care and was tested.  But her test came back seven days later as inconclusive and they want to retest.

“I am a very healthy  30 year old Bulloch County resident and COVID-19 has knocked me down, fast.  We traveled to Atlanta to celebrate my child’s birthday a few weeks ago.  I began feeling ill the night we returned to Statesboro.  I just thought it was allergies.  By Wednesday, March 11th, I was convinced a full-blown sinus infection was coming.  My head was hurting and a horrible cough.  I didn’t have any mucus output which is unusual for a sinus infection.  One of my children is fine, the other and my husband have low grade fevers and cough.  I went to Statesboro Urgent Care on Sunday, March 16th, and was tested for COVID-19.  Before they would test me, I was told it would cost $200 – $500 to be tested and that insurance would not cover it.  I went ahead with the test because I wanted to know if I was positive. They tested me for strep, flu and COVID-19.  I was sent home and told not to leave until they called me with results which should be 48-72 hours.  They gave me a breathing treatment and two other prescriptions to take for five days.

My symptoms worsened over the week.  I have a VERY HARD time breathing. (I am healthy, a runner, always outside and on the go).  My fever was constant low grade and my energy level was as if I had been though a month of Black Friday adrenaline…exhausted.  Seven days later they called to tell me that the test was inconclusive and I needed to be retested.

I have had the flu, I have had strep and I have given birth, nothing has made me more exhausted than my current illness.  There is no energy, body aches and you can not sleep due to not being able to breathe.  If this virus was to get into a nursing home or even an older person with some health issues, they would struggle to survive.”

Erin Spillman, Director of Marketing for EGRMC, confirmed today that they they are testing sick inpatients and “as of 4PM, March 26th the hospital has no positive cases returned.”  NO OUTPATIENT TESTING IS BEING DONE IN THE EMERGENCY DEPARTMENT.

Do you have a story that you feel needs to be shared?  A medical professional, patient or family member of someone suffering from COVID-19 in Bulloch or surrounding Counties who want to share your story, anonymously is fine as long as we can verify your information.  Email us and we will be in touch.

These data represent confirmed cases of COVID-19 reported to the Georgia Department of Public Health as of 7:00pm 03/25/2020. A confirmed case is defined as a person who has tested positive for 2019 novel coronavirus. 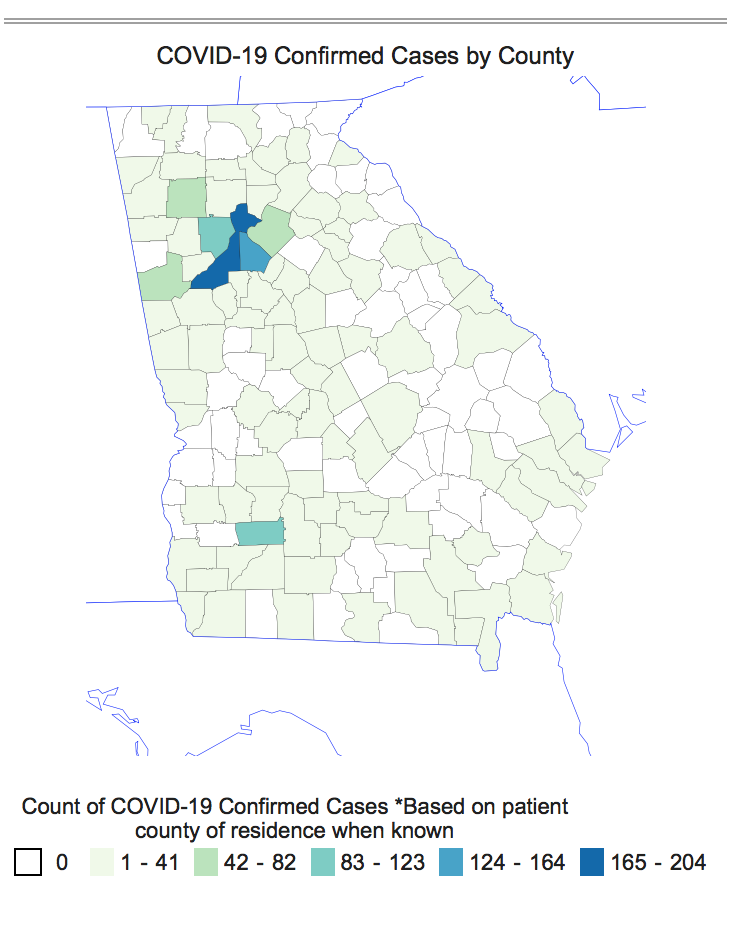 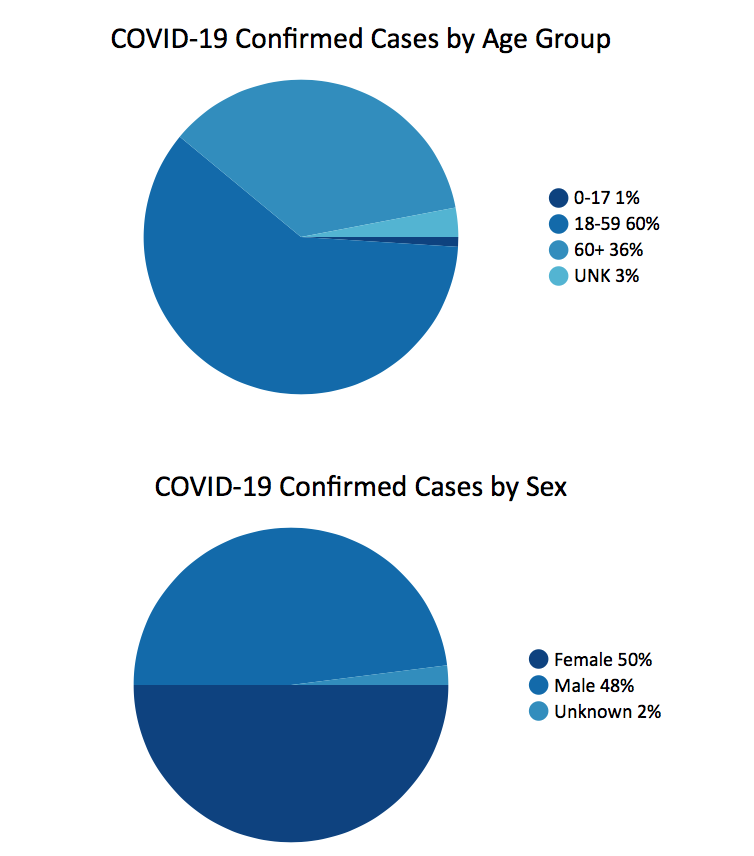 *Based on patient county of residence when known